Charles Bonnet Syndrome: Why Am I Having These Visual Hallucinations?

By Maureen A. Duffy, M.S., CVRT Many vision professionals believe that a significant number of adults with vision loss from a variety of eye conditions, including macular degeneration, diabetic retinopathy, and glaucoma, experience Charles Bonnet (“Bo-NAY”) Syndrome, a condition that causes vivid, complex, recurring visual hallucinations, usually (but not only) in older adults with later-life vision loss. By some estimates, as many as 20-30% of adults with vision loss are affected by CBS, although actual numbers are difficult to determine, since few people who experience these symptoms are likely to discuss them with family members, friends, or physicians. To better understand this reluctance, it’s helpful to learn the basics about Charles Bonnet Syndrome (CBS), including its causes, symptoms, and experimental treatments and therapies that have shown promise in treating CBS.

Who Was Charles Bonnet?

Charles Bonnet (March 13, 1720 – May 20, 1793) was a Swiss naturalist and philosopher and the first person to describe the syndrome. Initially, he observed symptoms of the syndrome in his 87-year-old grandfather, who was nearly blind from cataracts, yet still “saw” men, women, birds, carriages, buildings, scaffolding, and tapestries before his eyes. In 1760, Bonnet described his eponymous syndrome, in which he documented a range of complex visual hallucinations that occurred in seemingly psychologically intact people. 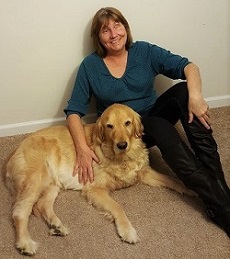 VisionAware Peer Advisor Sheila Rousey is an educator, assistive technology specialist, and certified braille transcriber. She also has Marfan syndrome, a congenital connective tissue disorder that can manifest itself in the body in many ways. In Sheila’s case, she was born with cataracts and microphthalmia [i.e., smaller eyes and eye sockets]. After surgery to remove her cataracts, Sheila developed glaucoma and – later on – retinal detachments. For the past three years, as a consequence of her vision loss, Sheila has experienced Charles Bonnet Syndrome (CBS), a condition that causes vivid, complex, recurrent visual hallucinations, usually (but not exclusively) in adults and older adults with later-life vision loss. Says Sheila, “I am really pleased that the subject of CBS is finding its way into conversation. Hopefully the medical community will take a more serious look at the findings and visually impaired people will no longer only learn of it as a result of shared experiences through support groups.” Learn more about the many ways that VisionAware can help you or your family member cope with vision loss:

What Is Charles Bonnet Syndrome?

Charles Bonnet Syndrome (CBS) is a condition that causes vivid, complex, recurring visual hallucinations, usually (but not only) in older adults with later-life vision loss. It was introduced into the English-speaking psychiatric literature in 1982. The “visual hallucinations” associated with CBS can range from animated, colorful, dreamlike images to less complex visions of people, animals, vehicles, houses, and similar everyday images. Lighthouse International (now Lighthouse Guild) provides a helpful illustration and definition of CBS “visions,” including an important distinction between CBS visions/illusions and delusions:

“[Individuals] who perceive these visions know they’re—mirages, of sorts. That is, the images are illusions, not delusions. The difference is that a person with delusions is convinced that what s/he sees is real. [People] with Charles Bonnet Syndrome may initially second-guess themselves but ultimately accept that their perceptions have no substance.”

In other words, adults with CBS are usually in good mental health and come to understand that these illusions or “hallucinations” are not sensate or “real.” In addition, the illusions associated with CBS are solely visual and do not occur in conjunction with the other senses (hearing, smell, taste, or touch).

CBS is sometimes referred to as “phantom vision” syndrome, and can be compared to “phantom limb” syndrome, in which an individual can continue to receive sensation—and even pain signals—from a limb that has been amputated. Similarly, in CBS, when retinal cells no longer receive and relay visual images to the brain, due to eye disease or damage to the optic pathways, the visual system begins creating its own “phantom” images (such as this image of a blue moose reflected in the window at left). In a National Public Radio story about CBS, ophthalmologist Jonathan Trobe, M.D., from the University of Michigan, explained it this way:

The brain is a mash-up of stored visual memories. When visual cells in the brain stop getting information, which happens when your rods and cones stop working, the cells compensate. If there’s no data coming in, they ‘make up’ images.

The cause of this disorder is thought to be a misfire in the brain similar to the neurological mixup that occurs in patients with phantom limb syndrome. As vision wanes, the brain continues to interpret visual imagery in the absence of corresponding visual input, just as it sometimes continues to process pain signals from a limb that’s no longer there.

Experimental Treatments, Therapies, and Research in The Netherlands

Bartiméus and Royal Dutch Visio, agencies that work with blind and visually impaired persons in the Netherlands, have developed a number of treatments for people with CBS. A primary intervention has been the development of CBS peer support groups, which provide information about CBS; instruction in relaxation techniques to better cope with images/hallucinations; ongoing emotional support; and a forum for sharing experiences that can help decrease social isolation. Input from the CBS peer support groups has been instrumental in developing the following techniques to lessen or manage images and hallucinations:

Charles Bonnet Syndrome is a “diagnosis of exclusion,” which means that the diagnosis can be made if there is no other neurological diagnosis to explain the hallucinations. If there are additional neurological problems or symptoms such as memory loss, weakness, or tremor, a patient should be referred to a neurologist to rule out other conditions that could be contributing to the hallucinations. The Royal National Institute of Blind People (RNIB) in the United Kingdom provides a number of helpful suggestions to help with CBS visions and hallucinations:

According to Lighthouse International,

After a year or perhaps 18 months, the brain seems to adjust to the person’s vision loss, and the hallucinations begin to recede. Roughly one third of patients with low vision develop Charles Bonnet syndrome, including those with age-related macular degeneration, cataracts, diabetic retinopathy, and other eye disorders. The hallucinations are more likely to occur when the person is awake, alone, and in dim light, or when he or she is physically inactive or lacks distractions, such as television. Sometimes consultation with a neurologist or other specialist is necessary to rule out any serious disorders that may mimic Charles Bonnet syndrome [such as migraine, epilepsy, brain tumors, dementia, Parkinson’s disease, or mental illness, for example]. For most patients, however, just knowing that they aren’t becoming mentally ill and that the symptoms will eventually subside is all the treatment they need.