What Treatments Are Available for Wet Macular Degeneration?

In wet (neovascular/exudative) age-related macular degeneration (AMD), abnormal blood vessels develop under the macula and break, bleed, and leak fluid. This damages the macula and, if left untreated, can result in rapid and severe loss of central vision. The most effective treatments to date for wet AMD are several anti-angiogenic drugs.

The focus of current anti-angiogenic drug treatments for wet AMD is to reduce the level of a particular protein called vascular endothelial growth factor, or VEGF, that stimulates abnormal blood vessel growth in the retina and macula; thus, these drugs are classified as anti-VEGF treatments.

At present, these drugs are administered by injection directly into the eye after the surface has been numbed. The needle is very small and is inserted near the corner of the eye — not the center. During the injection procedure, the doctor will ask the patient to look in the opposite direction to expose the injection site, which also allows the patient to avoid seeing the needle. Anti-angiogenic drugs currently in use include Lucentis, Avastin, and Eylea. An earlier drug, Macugen, is also used in certain circumstances.

Deanne Jackson: From Despair to Hope with Wet Macular Degeneration 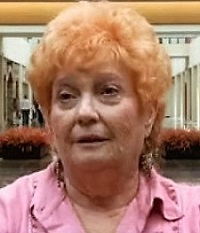 Deanne Jackson was “emotionally devastated” after receiving a diagnosis of macular degeneration, believing that her independent life was over. “When I got home after I’d heard the news that I had wet macular degeneration in my left eye with 20/400 vision, it was like an overnight devastation. I thought my life was over, because I am very independent. I take care of myself and my family.”

Listen to Deanne’s story and learn how she realized the importance of reaching out for help as she learned to cope with her diagnosis and the many changes in her everyday life.

The VisionAware Getting Started Kit can give you more ideas about how to live well with low vision. You can also sign up with VisionAware to receive free weekly email alerts with helpful information and tips for everyday living with vision loss.

In order to receive approval from the U.S. Food and Drug Administration (FDA), a new drug or treatment must be proven to be both safe and effective by undergoing a rigorous series of controlled unbiased studies. To prevent bias, neither the patient nor the examiners can know which patients received the actual treatment and which were the untreated (or “control”) subjects.

These are called “double blind” or “double masked” studies and usually yield the most reliable results. The medication is coded and patients are placed at random into either the treatment or control group. When the study is concluded, the code is revealed and it is then possible to determine who received the actual drug and who received the inactive substance, or placebo.

As defined by the U.S. National Institutes of Health, most clinical trials are designated as Phase I, II, or III, based on the questions the study is seeking to answer:

To learn more about clinical research on treatments for macular degeneration, you can visit the following resources:

Other Treatments for Wet AMD

Photodynamic therapy (PDT) was developed by researchers at the Massachusetts Eye and Ear Infirmary and has been approved for AMD treatment by the FDA since April 2000. PDT works as follows: A 10-minute intravenous administration of Visudyne (a light-sensitive drug) is followed by the application of a low-dose, non-thermal (light only) laser to the affected area of the retina. The drug circulates throughout the body’s blood vessels, and is particularly attracted to new blood vessels, including the abnormal vessels under the macula.

The laser activates the drug, which selectively seals off the leaking blood vessels without damaging the surrounding healthy retinal tissue. This feature allows PDT to be used directly beneath the center of the macula, unlike thermal (heat) laser photocoagulation, which can burn and destroy normal retinal tissue.

Thermal laser photocoagulation is a technique used by retinal surgeons to treat a number of eye conditions, one of which is wet AMD. A thermal (heat) laser is directed into the eye at abnormal blood vessels growing beneath the retina. The heat from the laser closes off the unwanted blood vessels, preventing further leakage and vision loss.

Thermal laser photocoagulation does not restore lost vision; therefore, in the past, it was critical that treatment be initiated as early as possible in the course of the disease. Unlike PDT, however, thermal laser can also destroy surrounding healthy retinal tissue as it seals the leakage from abnormal blood vessel growth; therefore, it is not used on vessels directly under the center of the macula. At present, thermal laser is rarely used in clinical practice.

Macular translocation is a surgery that involves detaching the retina from its base, rotating it slightly, and replacing it in a different position, so that the macula sits on a new, healthy base. While macular translocation surgery is unlikely to become standard treatment for everyone with wet AMD, it has proven effective for some people when done promptly. It does not work for dry AMD because, for reasons not yet understood, the degeneration recurs in the new position.

Have an Eye Examination

If you have not had an eye exam by an ophthalmologist in three or more years, you may qualify for help from the AMD Eye Care Program, offered through the American Academy of Ophthalmology. The program provides free eye exams for individuals who have not been diagnosed with AMD, are age 65 and older, are U.S. citizens or legal residents, and do not belong to an HMO or the Veterans’ Administration (VA). Call the toll-free helpline at 1-866-324-EYES (3937) for more information.