By Steven Kelley, CRC, CVRT One of the most common challenges people report after experiencing vision loss is watching television. They will often report an inability to see the actors’ faces, printed text on the screen, or the television menus and accompanying channel guide. Television viewing has changed dramatically in recent years and the number of ways to approach these challenges has increased exponentially. Which is a good thing, right? Ultimately yes, but the dizzying array of new technology surrounding television viewing may make some of us dream longingly of watching the Andy Griffith show on an old black and white TV with a rabbit ears-shaped antenna! If the picture became fuzzy, at least you knew how to fix it: Slap the TV with the palm of a hand or twist around the rabbit ears. Ultimately though, many of these changes are creating a positive impact on enjoying and accessing television programming for all of us.

A New Definition of Television

Before looking at some of the environmental factors affecting television viewing for consumers with vision loss, it’s worth considering a completely new definition for television. Television programming is now really just content that traditionally was only available on that appliance with a large screen, often situated in a common area of the home. Today, television programming can be delivered to a computer, smartphone, or tablet, and the services vary widely—cable, Internet, satellite dish, antenna, etc. The TV you purchase now may also connect to the Internet and be capable of doing much more than delivering television programs. You might use it to go to a website, check your email, or play music, among many other things.

First, Some Environmental Factors to Consider

To begin, let’s address some of the environmental factors that may detract from watching TV in a more traditional way—sitting across the room from a screen displaying some sort of television programming. Two low-tech factors affecting your ability to see the television screen, or most any electronic display, are glare and magnification. 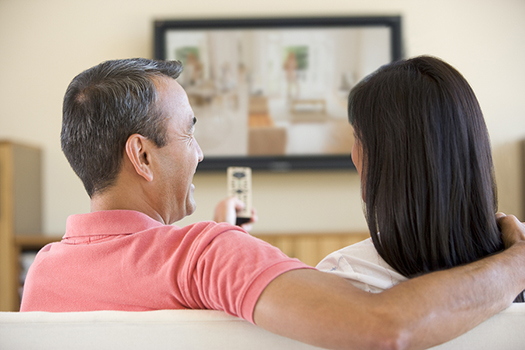 If your screen is in front of a window or near a bright light that is often on, glare may play a significant role in reducing the contrast on the TV screen image. Move the TV away from the window, reduce the glare from the window with curtains, or consider trying a pair of indoor glare shields or absorptive lenses. Glare shields or absorptive lenses are available in a wide variety of styles and filter colors, so to be certain of the correct style and filter color, have an assessment done by a low vision specialist or vision rehabilitation professional before purchasing these lenses.

Magnification, or making the picture on the TV screen larger, can be achieved in several different ways that don’t always require better or stronger glasses:

We often think of optical solutions when we think about magnification, so it is not uncommon for individuals to ask for “glasses” to help with television viewing. And the answer is Yes, there are glasses to magnify the television screen. Over the past 10 years, I’ve done numerous demonstrations and assessments with such glasses, but in most cases, people find these to be either ineffective or cumbersome to wear. Ask your low vision specialist or vision rehabilitation professional if you can try a pair of “TV glasses” to determine if they really will work for you.

A Monocular or Telescope

Another optical option might be a hand-held monocular or telescope. These can be held up to either eye, or in some cases, mounted to existing glasses to help you see greater detail. Monoculars come in magnification strengths greater than 2X, which is more than the maximum magnification available in “TV glasses.” Keep in mind that as the magnification strength increases, the field of view decreases. In other words, you may see greater detail in a smaller area of the TV screen with a monocular, but much less of the screen than you might see through TV glasses. Again, you will want have an assessment done by a low vision specialist prior to purchasing a monocular, telescope, or any other low vision device in order to determine the best magnification and field of view for you. Also keep in mind that unless the device is mounted to a pair of glasses, you will be holding it up to your eye again and again as needed, and this can get tiresome despite any benefit gained by looking through it.

A final environmental accommodation that comes in handy is creating greater access to the television remote. TV remotes can become difficult to use if the lighting is poor; the print is too small to see clearly; the remote has poor contrast; or the number of buttons becomes overwhelming. While a large print remote with larger buttons and better contrast may come in handy, it is often only one or two buttons that are used regularly and are difficult to find. In this case, marking these buttons with a raised or tactile marking can be helpful:

Glare, magnification, and adapting your remote may be just what’s needed for some television viewers, but for others this is not going to make the television, programs, and menus completely accessible. A great leap forward for greater television accessibility took place with the Twenty-First Century Communications and Video Accessibility Act, or CVAA, passed in 2012. For a comprehensive look at the CVAA read Mark Richert’s article, The Twenty-First Century Communications and Video Accessibility Act: Highlights of a New Landmark Communications Law, in AccessWorld. The CVAA includes a comprehensive set of accessibility guidelines for communications devices, such as televisions, computers, and phones. Two of the most exciting provisions for television viewing include increased accessibility for user controls and menus and a mandated quota for video described programming. In brief, the CVAA mandates that any devices airing broadcast or cable programming have user controls and menus used for locating programs and turning on video descriptions that are accessible by users who are blind or visually impaired. As a result, many of the Smart TVs (televisions that connect to the Internet and do much more than provide traditional cable and broadcast reception) are now more accessible with self-voicing menus, and cable companies such as Comcast are incorporating text-to-speech into their programming menus. Additionally, the CVAA mandated that some of the most popular broadcast networks and cable networks offer 50 hours of prime time or children’s audio described video per quarter. This is four hours each week.

What is Audio Description (AD) for Video? 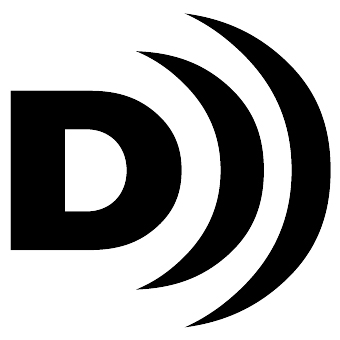 Audio described movies or programming include additional narration that accompanies the film to describe action that might otherwise need to be accessed visually. Audio description is not just limited to videos, However. It may be implemented in live performances of all types and delivered by radio receiver, iOS app, or some other sort of separate device. For an example of audio description in action watch the Notes on Blindness video, about writer and theologian John Hull’s experience with vision loss in the audio described version. For programs offering it, audio description may often be turned on through the SAP (Second Audio Program) or MTS (Multichannel Television Sound) options on the television or cable menus.