Low-Cost Computing for People Who Are Blind or Visually Impaired 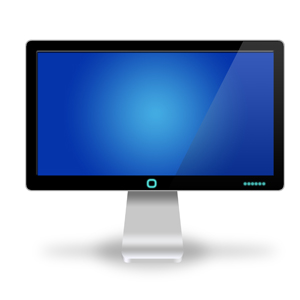 A newly-referred client said to me recently, “I had to give up using the computer, because the print was too small to read any more.” She is not the first client to say this to me. Vision loss for computer users creates real frustration—the inability to continue email communication with family, reading web pages and documents, and genuine concern about continuing to use a computer at work. Vision loss may very well affect the way you access a computer, but it doesn’t mean giving up the computer entirely, unless this is as good an excuse as any to stop using it! Computers are increasingly accessible, and there are many low-cost alternatives to computer access with a vision loss.

Computers have changed dramatically in a short time with increased speed, alternative operating systems, lower cost, the introduction of tablets, and the increased availability of access technology. Access technology is the software or hardware that allows users of varying abilities to use the computer as they need to. For example, a screen magnifier will increase the images and fonts on the screen, and a screen reader will read the text appearing on the screen.

In the case of my newly-referred client, the access technology she needed was a screen magnifier. Because she’d had relatively good vision most of her life, she never needed a screen magnifier until now, and didn’t know such a thing even existed. In fact, she just assumed that with the onset of low vision or blindness, using the computer was no longer an option.

Software to make computers accessible for users who are blind or have low vision has been around for many years, and is even built into many of the devices we use today, including smartphones; tablets; and Windows and Mac computers.

Guides for Selecting a Computer

For a more in-depth discussion, check out Selecting a Computer as a User with a Visual Impairment. This guide will help the novice user. If you are an experienced computer user, but new to vision loss, we also have a “primer” to help you.

The Accessibility of Windows

Fortunately, my client was using a computer with the Windows 7 operating system that offers a built-in screen magnifier. We turned on the computer and I instructed her to press and hold the Windows Key (bottom row of the keyboard, between the CTR and ALT keys) and then press the number pad “+” key. To her delight, this magnified the screen immediately. We made some changes to the Magnifier settings to optimize it for her, and she was able to resume reading her email.

Windows 7-10 computers have the same built-in magnifier, which uses the identical keyboard shortcuts:

Please note: Older Windows 7 Home Basic and Windows 7 Starter versions do not support Aero Themes, which are required for full-screen magnification in Windows 7. If you have these versions you will be able to use only the Lens and Docked version of the magnifier. If you are still loving that antique Windows XP computer, you have access to a magnifier with far fewer features, located in the Accessories folder.

If you need more access than a screen magnifier provides, you’re probably looking for a screen reader, which is software that reads what’s on the screen and converts printed text into spoken words. For many years, Windows has offered a screen reader called Narrator as part of the built-in accessibility features, and it is finally robust enough in the Windows 10 Anniversary Update to be considered as something more than basic, limited access. A handy reference guide is the Deque University Quick Reference Guide: Narrator for Windows 10 Anniversary Update (PDF).

Computers for the Blind

If you have a vision impairment, you can obtain a low-cost computer from Computers for the Blind (CFTB). Among other options, you can get a license for MAGic, a screen magnifier with more features than the one built into the Windows magnifier, and other pre-installed accessibility software. For a list of current features, check out the CFTB Fact Sheet.

Although a computer running Windows can offer the widest array of accessibility options, it is certainly not the only solution to low-cost accessible computing. The Apple Macintosh computers have included accessibility options since the release of their operating system called Tiger in 2005. That means there are a great number of older Macs out there with the Zoom screen magnifier and VoiceOver screen reader. Both Zoom and VoiceOver can be turned on by going into the System Preferences and selecting Universal Access. In the latest Mac operating system, go to System Preference and select Accessibility to find these features.

VoiceOver and Zoom have also been available for several years on the Apple iOS devices, which include the iPhone, iPad, iPad Mini, and iPod Touch. They are built into the operating system, just as they are on the Mac, so there is no additional software to buy or use. VoiceOver and Zoom make these devices fully accessible using gestures and an onscreen keyboard. Some users may find that by adding a wireless keyboard to these devices (depending on what you are using them for), they can be just as accessible as a full-size computer and use many of the same keyboard shortcuts found on the Mac! To reduce costs, go to the Apple Store’s website for refurbished items.

Here’s a tip if purchasing an older iPad for a user who is blind or visually impaired: Purchase an iPad that is newer than the 2nd generation to get both a camera and SIRI built in. The camera can be used with some applications as a magnifier and an Optical Character Reader (OCR). Optical character recognition software can read print in a picture or scanned image. SIRI is software that acts as a digital assistant and is responsive to some voice commands.

The latest version of the Kindle Fire HD tablet and the most recent versions of the Android operating system, found on the latest tablets and some smartphones, have made significant improvements in accessibility.

Like the Apple iOS devices, accessibility is built into the operating system and is found under Settings, Accessibility. For vision, these accessibility features include a screen reader called TalkBack, Large Fonts, and a Screen Magnifier or Magnification Gestures.

These Android devices can also be used with a wireless keyboard to provide a suitable alternative for some computing activities, including reading books, answering emails, and accessing the Web.

A 7-inch Kindle Fire HD tablet, with accessibility built in, is $59 new from Amazon.com, and a 7-inch Samsung Galaxy tablet, with the latest version of the Android operating system, is $189, making them both low-cost alternatives to full-featured computers.

In the past, it has been much easier to choose between the Apple phones and tablets using the iOS operating system and the other Android and Kindle devices. It always felt to this writer that outside the Apple world, accessibility was “bolted on,” or added in as an afterthought. Apple’s accessibility always seemed more consistent and elegant, particularly for a new user. While that may still be the case, to a far less degree, in my opinion, the increased accessibility and lower cost of the newer Android devices, particularly the Kindle Fire HD, make them good choices for new users wanting to learn more about accessible software, or what the world of tablets is all about.

For the Faint of Heart

If the talk of gestures, screen readers, and keyboard shortcuts makes you break out in a sweat, but you’re still determined to make technology work for you, consider one of the devices without a screen, like Amazon’s Echo or Google Home. Both devices are voice-activated speakers that respond to verbal commands. Once set up, using a computer or tablet, and connected to WiFi, you can use them to listen to podcasts, news, and books; calculate math problems; and spell words. The list of tasks grows daily for both devices. The Echo Dot is the least expensive version of these devices at $49, and offers a great deal of accessibility for a computer-phobe!

Regardless of which low-cost alternative you choose, unless you are familiar with these devices, or the accessibility features used, there will be some learning curve involved. There are more options now for using a computer with a vision loss than ever before, and many of those options are at a much lower cost, or are built right into the existing operating systems. After reading this article, you may no longer be able to say, “I had to give up using the computer because I couldn’t read the screen.”