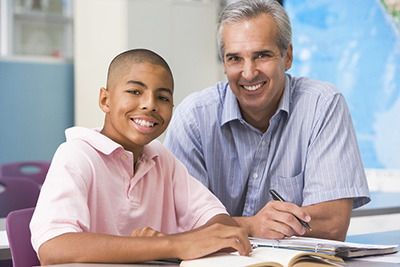 Could My Visually Impaired Clients Be on the Autism Spectrum?

Author’s Note: My primary work is with children with various learning, visual, and developmental disorders, including autism. However, this work focuses on adults with Autism Spectrum Disorder and Visual Impairment (ASD/VI) as they went through the system during a time when the possibility of ASD was almost nonexistent.

This information is offered through that lens and is not to be construed as the “definitive word” on ASD/VI in this population. Rather, it is a place to begin the conversation. Please know that the language regarding diagnostic labels is in no way meant to offend any readers or individuals with visual impairments or various learning challenges nor to suggest that “neurotypicals have all the answers.” This needs to be a team effort in teasing out the possibilities and validating some of the struggles and misunderstandings that may have occurred as a result of misdiagnoses. It is important to note that the statements made in this article are general statements and should not be clung to as the only approach. They are used to illustrate some of the complexities.

Does an Additional Diagnosis Matter If the Individual Is Already Getting Services Due to a Significant Visual Impairment?

As Lynda Jones, Vision Rehabilitation Therapist, described in her recent post on autism, she had a feeling that something beyond a visual impairment was contributing to and associated with the behaviors and characters she observed in young adults with whom she was working. Although I am a former Teacher of the Visually Impaired (TVI), it was not until I was working on my psychology-related doctoral internship with the TEACCH program (Treatment and Education of Autistic and Communication-Related Handicapped Children—a statewide, cross-age diagnostic, service, consulting, and training organization) that I realized a number of the children on my caseload in Maine had autism in addition to their visual impairment.

This realization that the child had autism helped to explain why a number of the strategies I employed as a TVI were not effective in moving the child along in his skill development. For example, it explained why he would become anxious (as evidenced by stereotypical behavior such as rocking, flapping, increased echolalia, etc.) when I provided multi-sensory simultaneous input or made a small change in an activity. Trained as a TVI in the mid-1970s, I was taught that the repetitive behaviors observed in individuals with visual impairment (referred to as “blindisms” or “mannerisms”) were associated with the sensory deprivation and lack of adequate stimulation. We were encouraged to provide increased stimulation to engage the children more actively in the world and to put the children on a plan to decrease these behaviors. Did it work? Rarely. So, why is the possibility of an autism spectrum disorder being present in individuals with visual impairment just now coming to light?

There are many reasons for a delay in recognizing autism spectrum disorder. Here are a few:

What Are the Autism Spectrum Disorders?

The DSM-V (2013) criteria for an Autism Spectrum Disorder diagnosis includes:

The symptoms must be present in early childhood and must limit and impair everyday functioning. Historically, the sensory sensitivities were not part of the diagnostic criteria, but, thankfully, have been added as many individuals present with and are impacted by them.

How Is Autism Diagnosed?

Autism is diagnosed by the presence of the characteristics described above—not as isolated features but the cluster as specified. Repetitive behaviors (e.g., flapping) by themselves do not lead to autism. There are no medical tests that provide a diagnosis. Rather, it requires a comprehensive evaluation and typically includes detailed clinical interviews; gathering of developmental and family histories; evaluations of cognitive abilities, adaptive behavior, and social communication skills; completion of autism spectrum-related checklists, behavior rating scales, etc. Note: There are no measures that have been developed and normed on individuals with a visual impairment (true for cognitive, adaptive behavior measures, etc.).

Does it mean that we should not raise the possibility? Absolutely not. It can make a large difference in the quality of life in that individual with regard to work, educational success, and social engagement. Am I personally aware of clinics or centers that are conducting these evaluations on a regular basis? No, however, the questions are slowly being raised regarding the possibility of a dual diagnosis being appropriate, and it is our responsibility to start conveying those possibilities to clinicians and physicians.

Why Do Individuals with Autism Spectrum Disorders Look and Behave Differently If They Have the Same Diagnosis?

You will often hear people say, “When you meet someone with autism, you’ve met one person with autism.” Autism is not a single entity. Many roads can lead to autism, including, but not limited to genetic contributions (more than 20 percent are associated with genetic abnormalities likely increasing as our understanding increases), prenatal influences (e.g. influence of parental age, mutations, increase risk of complications, use of antidepressants), infectious processes (e.g., rubella, Cytomegalovirus affecting neural development), environmental agents (suggested but not proven) impacting within the first eight weeks, and perinatal impacts (e.g., hypoxia, low birth weight, intraventricular hemorrhage).

Are There Eye Conditions that May Be More Strongly Associated with an Autism Spectrum Disorder?

Is there a research base? Yes. Here is a list of the conditions:

For example, there may be genetic links between the eye condition, development, the brain (e.g., anophthalmia, WAGR), neurological sequelae that may be due to prematurity, developmental vulnerabilities, multiple systems being involved (e.g., Optic Nerve Hypoplasia, USP7 abnormality) to mention a few.

Am I suggesting that everyone with these or other eye conditions has autism, or that anyone who flaps or engages in echolalia has an autism spectrum disorder? No! One has to go beyond those isolated symptoms and look holistically and across domains of function.

Is There an Epidemic in the Population of Individuals with Visual Impairments?

Is it a new phenomenon? No! As early as the 1950s and 1960s (rubella epidemic), Dr. Stella Chess contrasted non-autistic and autistic visually impaired children. She noted, “the autistic children neither explore alternative sensory modalities nor manifest appropriate responsiveness. They form a distinct group whose distance from people cannot be adequately explained by the degree or combination of visual and auditory loss, nor by the degree of retardation where this also exists. Whether retarded or not, their affective behaviors do not resemble those of children of their obtained mental age—in fact, there is no mental age for which the behaviors are appropriate.”

Are Autism Spectrum Disorders “New” or Epidemic in the General Population

I refer readers to “Neurotribes,”—a book that provides historical perspective on the presence of individuals with ASD going back generations.

Are There Statistics Available that Provide an Estimate of Prevalence of Autism in the Population of Individuals with a Visual Impairment?

There is no data on the prevalence of ASD in adults. However, there is some evidence from the Centers for Disease Control (CDC) and a 2015 study in Argentina that suggests ASD has a higher prevalence in children with a visual impairment than in the sighted population. According to the CDC study, approximately six to seven percent of children in the Metropolitan Atlanta surveillance program with visual or hearing impairments had co-occurring ASD. In the Argentina study, ASD was 30 times more prevalent in children with visual impairments. Note that this is preliminary data.

Children with Autism and Blindness

The Child Versus the Label

Carley, Michael John. (2008) Asperger’s From the Inside Out: A Supportive and Practical Guide for Anyone with Asperger’s Syndrome.

Ek U., Fernell, E, Jacobson L., and Gillberg C. (1998). Relation between blindness due to retinopathy of prematurity and autistic spectrum disorders: A population-based study..

Li, A. (2009). Identification and intervention for students who are visually impaired and who have autism spectrum disorders. Teaching Exceptional Children, 41 (4), 22-32.

Silberman, S. (2016). Neurotribes: The Legacy of Autism and the Future of Neurodiversity.

Socialthinking.com. This is a site that has many resources on social communication related strategies for preschool through adulthood. They are not developed for individuals with a visual impairment but some of the concepts may be useful for adolescents and adults.

Could My Visually Impaired Clients Be on the Autism Spectrum?
Working with People New to Visual Impairment