Violent Crime Against People Who Are Blind: My Personal Story

“An alert mind is the necessary catalyst that is needed for protecting yourself, reminding yourself that you are not invincible, and trusting your instincts are the first steps in the right direction.” —R.A.D. Systems of Self Defense

If I had heeded these words found in the R.A.D. (rape, aggression, defense) training manual created by Lawrence N. Nadeau, I might not have to be telling this story, or this story might have a different ending. 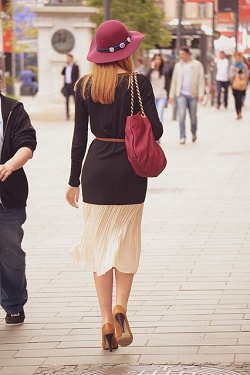 Early one summer afternoon in 1988 during an internship at a rehabilitation agency for people with visual impairments, I left the agency around 1 p.m. and started walking home. It was an extremely hot afternoon, and I was so glad my apartment was only two long blocks with a short jog to the left in between. I put the shoulder strap of my purse over my head and tucked my teaching notebook between my arm and my purse, believing I had my purse well protected.

I Notice Someone Jogging

Even though the neighborhood did not have sidewalks, walking along the edge of the streets was not dangerous because there was rarely any traffic. I reached the end of the first block and started to cross when a jogger ran by on the opposite side of the street. It was so hot. Why would anyone be jogging at this time of day?

In a matter of moments, I heard the jogger coming up on my right side. My first thought was perhaps I was not walking along the edge of the street. Never once did I feel endangered. Then suddenly he was only inches from my face. In one movement he cut the strap of my purse with his right hand and pulled it from under my arm with his left. As he ran away, I turned and yelled at him.

Next, I heard the voices of an older man and his son who had seen the attack through their living room window. They came running to see if I was all right while the older man’s wife called the police. It wasn’t long before the police arrived, but when they saw I wasn’t injured, there wasn’t much they could do. They said the perpetrator probably would throw away my purse after he took my money. I was almost to my apartment complex, so I walked home thankful that I always carried my house keys on my cane.

Because my husband was working out of town, I called my college advisor and told her about the robbery. She came right over. I told her I felt alright; I wasn’t afraid to stay alone that night.

Afraid to Leave My Apartment

However, the next morning, when it was time to walk to the agency to teach, I was afraid to leave my apartment. Never in my life had I felt “blind”. Now I felt vulnerable and paranoid. I was afraid to do my laundry. What if the attacker was hiding in the laundry room? What if he lived in the neighborhood? For several days, I rode to the agency with an employee. When my husband returned, he drove me. Finally, one day I made up my mind; I would not allow the attacker to steal my freedom and independence!

Perhaps I could have prevented the robbery if I hadn’t rationalized the attacker’s every move. Perhaps if I’d turned and yelled quit following me or get away from me, it would have discouraged the attacker. This experience taught me not only to be constantly aware of what is happening around me but to allow my instincts to warn me when other people’s behaviors don’t seem normal.

Several years later while teaching a summer program for visually impaired teens through Florida State University (FSU), the FSU police department agreed to conduct R.A.D. training for the girls attending the program. It was the first time the R.A.D. program had been taught to visually impaired individuals.

Through R.A.D., the girls learned techniques to protect themselves from attackers. The officers did hands-on for those of us who had no usable vision. They asked us to feel the positions of their arms, legs, feet, etc. and also move our body parts in position when necessary. When we practiced with the male officers, we used the techniques that did not require seeing what the “perpetrator” was doing. Some moves require seeing the perpetrator coming at us.

For example, I did not try to remember all of the moves, just a few so they would be automatic if I ever felt threatened in a real life situation. At the end of the training, the girls practiced what they had learned against the male FSU police officers. It was my hope that those girls would never experience what I had experienced.

R.A.D. Systems of Self Defense. The mission of the R.A.D. Systems is to establish an accessible, constantly improving, and internationally respected alliance of dedicated instructors. These instructors provide educational opportunities for women, children, men, and seniors to create a safer future for themselves. In doing this, we challenge society to evolve into an existence where violence is not an acceptable part of daily life.

Violent Crime Against People Who Are Blind: My Personal Story
Crime and Domestic Violence Stories