Domestic Violence and Women with Disabilities, Including Women with Vision Loss

Every day when John left for work, he locked Marie’s wheelchair in a closet, took the internet router, and the portable phone. Mary had trouble moving about the house, couldn’t reach out for help, and definitely couldn’t leave.

Larry keeps charge of Joan’s medications for anxiety, depression, and chronic pain. He gives Joan far less than is actually prescribed, so she lives in constant pain and fear. But Joan relies on Larry for all of her daily care and is afraid to tell anyone about her not getting the medications. 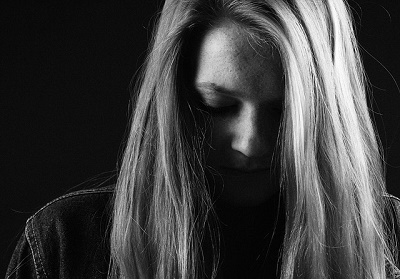 Many people are confused about what domestic violence is, what causes it, and why women stay in the abusive relationship. Domestic violence is a pattern of intimidation, coercion, and violence. It includes everything the abuser has done in the past and the threat of what he’ll do in the future. The entire goal of domestic violence is to obtain and maintain power and control over the victim. The pattern of abuse often increases in frequency and severity over time. Battering can be verbal, physical, emotional, sexual, or economic. An abused person can be of any age, race, class, culture, religion, occupation, and sexual orientation.

Sexual assault can be part of domestic violence, or it can occur entirely by itself. It is any type of sexual contact or behavior that occurs without the explicit consent of the recipient. It can include sexual activities as forced sexual intercourse, forcible sodomy, child molestation, incest, fondling, and attempted rape.

Stalking behaviors are often also part of domestic violence. While legal definitions of stalking vary from one jurisdiction to another, a basic definition of stalking is a course of conduct directed at a specific person that would cause a reasonable person to feel fear. Stalking is serious, often violent, and can escalate over time.

Women with Disabilities Are More Vulnerable to Domestic Violence

Like other women, women with disabilities usually are abused by someone they know, such as a partner or family member. In addition, women with disabilities face the risk of abuse by healthcare providers or caregivers. Caregivers can withhold medicine and assistive devices, such as wheelchairs or braces. They can also refuse to help with daily needs like bathing, dressing, or eating.

Reasons for Violence Against Women with Disabilities

Violence against women with disabilities happens because of attitudes towards women together with vulnerability from the conditions that result from the disability itself, such as:

Domestic Violence Is Never the Fault of the Victim

Domestic and sexual assault, stalking, and neglect are never the fault of the victim. They are not based on stress, drugs, or alcohol. They are due to the active choice of the abuser to use violence or other intimidating tactics to control his victim.

Victims often stay with their abuser for many reasons, including economic, cultural, and fear of losing custody of the children. Perhaps most important, victims fear increased violence or death or if they leave. In fact, the most dangerous time for a victim is when she’s trying to leave. This may be due to the abuser feeling like he is losing control over his victim.

For women with disabilities, it can be even worse. If they are being abused by someone they rely on to take care of them, they may feel trapped.

Women who are blind or visually impaired have additional concerns related to their vision. As one victim noted, “I realized that my vision was being used against me…(later) I learned about my vision and how to use it more efficiently. This restored my confidence.” Be sure to read her story, “Domestic Violence Has Many Faces”.

Help for Victims of Domestic Violence

Help is available. If it’s possible, they can reach out for help from someone trusted, such as a doctor, family member, friend, neighbor, or clergy member. Help is also available from several national and state domestic and sexual violence organizations. Here are several links which can help.

The National Domestic Violence Hotline is always open. Trained staff provide referral services specific to intimate partner violence, free of charge. The staff speaks English and Spanish, and translators are available for 129 other languages. They offer crisis intervention; referrals to domestic violence; and other emergency shelters and programs, information, and support. They advise on shelters, advocacy and assistance, and social services programs.

Abused Deaf Women’s Advocacy Services empowers Deaf and Deaf-Blind survivors of domestic violence, sexual assault, and harassment to transform their lives while striving to change the beliefs and behaviors that foster and perpetuate violence. They provide comprehensive services to individuals and families, community education, and advocacy on systems and policy issues.

This is a program of the National Center for Victims of Crime. Through collaboration with local, state, and federal partners, the National Center advocates for stronger rights, protections, and services for crime victims; provides education, training, and evaluation; and serves as a trusted source of current information on victims’ issues.

RAINN is the nation’s largest anti-sexual violence organization and operates the hotline 24/7. The organization also runs programs to prevent sexual violence, assist survivors, and ensure that rapists are brought to justice. RAINN provides information on resources throughout the country for survivors of rape, abuse, and incest.