Crime Against Persons with Disabilities: The Facts 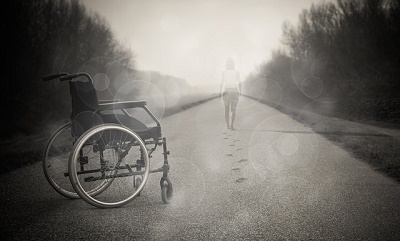 Crime against people with disabilities, including those with visual loss, is a reality that calls for our attention.

A new report from the Bureau of Justice Statistics (BJS) about violent crimes against people with disabilities has been published, and there are some disturbing findings. It presents estimates of nonfatal violent crime (rape or sexual assault, robbery, aggravated assault, and simple assault) against persons age 12 or older with disabilities. Disabilities are classified by types: hearing, vision, cognitive, ambulatory, self-care, and independent living.

The report details the victimization of persons with and without disabilities living in noninstitutionalized households and provides comparisons by age, sex, race, disability type, and other victim characteristics. It also includes crime characteristics, such as victim-offender relationship, time of a crime, reporting to police, and use of victim services agencies.

Highlights from the Report

Crime Against People with Vision Disabilities

Crime Against Persons with All Disabilities

I live in a relatively safe community and have never feared for my safety or been threatened physically. I have probably erred on the side of being too comfortable with a false sense of security and neglecting personal safety measures. But as a woman who is visually impaired, I wonder sometimes just how vulnerable I am in different situations.

This report has served as a conversation starter among the VisionAware peer advisors and a wake-up call to me personally. It has brought up other related topics like domestic violence and elder abuse among people with disabilities. And it begs the question, “What can we do to protect ourselves from violence and victimization?” Be sure to read stories and articles on these important issues to help increase awareness of the problems and provide strategies and resources to address them. Watch for upcoming posts on personal safety tips, the benefit of taking self-defense classes, and more.

Consider this report and think about your own safety and what you can do to protect yourself.

Crime Against Persons with Disabilities, 2009-2014

Crime Against Persons with Disabilities: The Facts
Dealing with Crime or Domestic Violence as a Person with a Disability