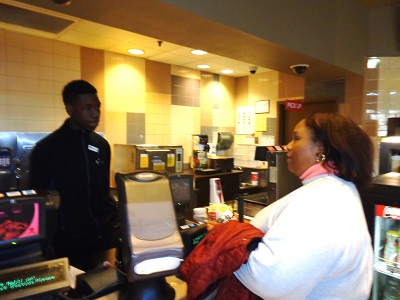 I am not a film critic like Gene Siskel or Roger Ebert, but I want to give a thumbs up to the increased availability of audio-described movies and television. If you are not familiar, an audio-described movie provides extra verbal narration of visual elements happening in the film. It could be hand gestures, facial expressions, physical movements, a description of clothing, or action happening in the movie. It describes things that a person with vision loss might not notice or realize. There have been several recent developments that have provided more audio description than ever before to the blind and visually impaired community, which I will share in the paragraphs below. But first, I want to explain the role that the Americans with Disabilities Act (ADA) plays in audio description.

The Role of the ADA

Audio description in movie theaters today is thanks to the ADA. At the close of the Obama Administration, The U.S. Justice Department, the federal agency responsible for enforcing much of the ADA, issued a long-awaited new regulation requiring movie theaters to provide closed captioning and audio description whenever showing a digital movie that is produced, distributed, or otherwise made available with these features.

Title III of the ADA requires public accommodations to furnish appropriate auxiliary aids and services, where necessary, to ensure effective communication with people with disabilities, and the department has long held the position that captioning and audio description are auxiliary aids required by the ADA. The new regulation simply connects the dots and makes it crystal clear that movie theaters must make description available to their patrons. But as significant as the ADA is, it does not apply to television programming. That’s where another federal law comes in, the Twenty-First Century Communications and Video Accessibility Act. This law, enforced by the Federal Communications Commission, required America’s top TV networks to make a portion of their programming accessible to viewers with vision loss through audio description. So, now that you know the law let me share my thumbs ups on the progress in audio description.

Thumbs Up on AMC

AMC Theatres has agreed to improve services for blind and visually impaired movie-goers. In April 2017, AMC Theatres reached an agreement with several blind individuals, the California Council of the Blind (CCB), and the Lighthouse for the Blind and Visually Impaired in San Francisco to ensure blind customers have reliable access to audio description services at AMC movie theaters nationwide. Under the agreement, AMC will require the managers and staff who are responsible for programming and handing out audio description equipment to be trained on the equipment. AMC and the plaintiffs in the case have developed staff and customer information guides to facilitate better service. AMC also will require managers to check the equipment regularly. Additionally, AMC will now offer audio description immediately before the feature movie so customers can test the equipment before the movie begins. If a theater’s audio description equipment is out of service, AMC will now update theater websites to remove the audio description designation from show times. AMC has agreed to implement these changes nationwide.

Thumbs Up on the FCC 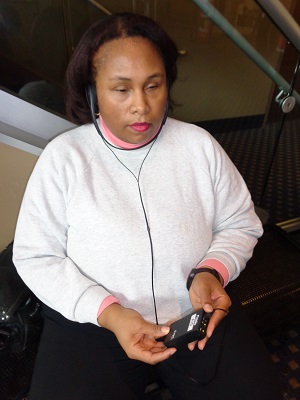 Thumbs Up on Amazon Movies

Within the last month or two, Amazon launched an audio-described movie section. These movies are available for rent or purchase with a monthly membership fee. If you are an Amazon Prime member, that fee can be waived. The movies are easy to access on your smartphone device. By simply swiping across the screen when the movie starts, you can turn on audio description, and once on, it stays on for all movies you want to watch. Check the audio-described movie list on Amazon.

Thumbs Up on Netflix

In the past year or so, Netflix has greatly improved its availability of audio-described content. More content is now available for streaming movies, TV shows, and documentaries than before. Additionally, Netflix has improved accessibility of viewing on various devices such as the iPhone, iPad, and Apple TV. You can read more details about these improvements in the July 2016 issue of AccessWorld.

So as we reflect on the 27th anniversary of the ADA, there is much to celebrate in the area of audio description. A great suggestion would be to grab friends and family, a bucket of buttery popcorn, and check out a great audio-described movie or TV program. Thumbs up!