Mental Health America and its partner organizations have coordinated the observance of May as Mental Health Month throughout the United States since 1949. During this month, information to promote good mental health and treatment for common mental health issues is disseminated via media outlets, free depression screenings, and other community events.

This year, Mental Health America is highlighting a campaign called Risky Business, an effort to educate the public about some habits or behaviors that can lead to mental illness, be warning signs of present mental illness, or worsen an existing mental health issue. Some of these behaviors include substance abuse or misuse of prescription drugs or even excessive exercise routines!

In the US, help for mental health issues is accessible to those with or without the ability to pay for it. Community mental health clinics are good places to look for a range of services and payment options. It’s a good idea to contact your primary physician because he/she can examine you to rule out that you are not dealing with a physical health problem that causes mental health symptoms. Your primary doctor can also provide a referral to a mental health provider. In addition, cities have telephone crisis lines staffed 24 hours a day by professionals, or you may visit your local hospital emergency room. Do not be afraid to reach out for assistance and know that you are not alone; millions of Americans are affected by mental health problems.

A Strong Support System Is Crucial

A strong support system is crucial for the well-being of those who live with mental health disabilities. Peer Advisor Amy L. Bovaird shares how, with careful forethought, she developed an action plan to aid her brother when their mother died after a short illness. 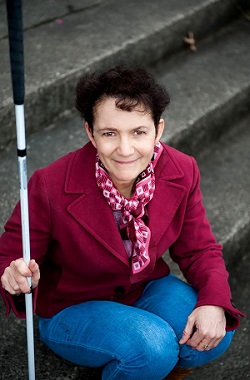 My mother, age 87, my grown brother, and I all lived together in our family homestead in Pennsylvania. We all had our issues: my mother who was elderly, me with low vision due to retinitis pigmentosa, and my brother who has bipolar disorder. But somehow we melded together and formed a strong unit. My mother kept us on schedule. I cooked and helped my mother with the household chores. My brother drove us where we needed to go and picked up Mom’s and his medicines. We also served as companions to each other. It wasn’t perfect, but we always worked it out.

On April 29, my mother suffered a massive stroke and never recovered. She passed away on May 4, 2017.

To say we were grieving is an understatement. I believe we were also in shock. I also feared for my brother who has mental health issues. Major life changes had thrown him into long-lasting nervous breakdowns in the past. My mother was his strength throughout his life. Losing her threatened his safety net.

My two brothers and I had come together for my mother’s well-being, but it all began to unravel after her death.

The first thing my brother did was gamble his paycheck away. It wouldn’t help to get angry because it wouldn’t bring the money back. But it added more stress on me as the one who would have to pay the bills. He also sobbed uncontrollably and wandered aimlessly around the house. I couldn’t talk to him because he became furious. “Leave me alone when I’m grieving,” he shouted. He couldn’t sleep. He didn’t take his medicine—alarming as he takes 20 different types, including those for his mental health issues as well as other health issues—and he started to become manic.

It was a recipe for disaster as I was consumed with worry about him as well as having my own grief to deal with. My other brother had a business to run and didn’t have much time to spend with us. I kept telling myself, “We have to work it out. We can’t let him go off the deep end.”

I came up with a list of six action steps to bring us all together.

Important to Reach Out to People with Mental Health Issues

It’s so important to reach out to those with mental health issues at any point but especially during a death of a close family member. This is when the person spirals out of control because their safety net has disappeared. Major life changes are frightening and can catapult a person into dangerous and destructive behaviors.

Since May is Mental Health Awareness Month, I want to emphasize these six action steps to reach out to someone who has bipolar or is suffering from other mental health issues. It is never easy, but I believe genuine concern for that person can reduce the fears that consume him or her.

Vision Loss Can Be a Trigger

Vision loss triggers thoughts and feelings that affect our mental health: depression, anger, anxiety, fear, loss of self-worth, and so on. Read the upcoming post by David Steele and Holly Bonner in which they discuss their experiences and perspectives.

Mental Health America contains a wealth of materials, including self-screenings for prevalent conditions, such as depression, PTSD, alcoholism and substance abuse, and anxiety. There are also links to explore support groups, treatment, getting help for yourself or for someone else, and listings of local agencies connected with Mental Health America.

The National Alliance on Mental Illness (NAMI) began in 1979 with a small group of individuals who came together to advocate for family members. Today, it has hundreds of members who advocate for the rights of those with mental illness on the state and national level. The site features publications on specific illnesses, a place to share personal stories, and resources for obtaining assistance.