Editor’s note: As we approach Labor Day, a day that is a yearly national tribute to the contributions workers have made to the strength, prosperity, and well-being of our country, it is important to remember, that people who are blind or visually impaired need and want employment. This post brings up important issues to consider about blindness as a disability that impact every aspect of life, including employment. 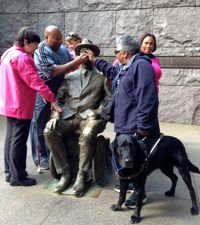 A Response on "Becoming Disabled"

On August 19, I read a very interesting article called “Becoming Disabled” in the opinion section of the New York Times. It was written by Rosemarie Garland-Thomson. She asked the question, "Where is our disability pride movement?"

Unlike gender, sexual orientation, and racial/ethnic groups, she noted the disability movement has not received the same level of attention. She reasoned it is because we have a clearer idea of what it means to be of a different gender, sexual orientation, or skin color. But when it comes to being disabled, she felt we may not have the same understanding. I agree with Garland-Thomson. As a person who is blind, I have had to do a great deal of work in the 20+ years since the onset of my disability to educate people around me about what that really means. People make assumptions about my abilities in thinking that I can’t work, go to college, travel safely, cook in my kitchen, own my own home, enjoy a movie or date and the list goes on and on. I find myself constantly having to explain to people that I can do all these things and much more. Unfortunately, people are not convinced until they "actually see it," and then sometimes not even then. An even deeper issue is the varying degrees of visual impairment. Most people are not totally blind or totally sighted. Some people might have light perception, no center or peripheral vision. Their vision might be blurry or they might have floaters in their eyes. This is hard for the general public to understand.

Garland-Thomson went on to say that once you pay attention, you will realize that disability is everywhere. Plus the numbers are growing. She said, "The Centers for Disease Control and Prevention estimates that one in five adults in the United States is living with a disability. The National Organization on Disability says there are 56 million disabled people. Indeed, people with disabilities are the largest minority group in the United States." But, she states, the average person does not wake up "knowing how to be disabled."

This is also very true. When I lost my vision I didn’t automatically know how to be blind. It was actually the opposite; I had to be taught. I had to go through a vision rehabilitation program; where I learned braille, mobility, and assistive technology skills. There was a big learning curve for me and a huge life adjustment going from being a fully sighted person to low vision and later total blindness.

Learning New Skills and How to Communicate

Not only did I have to learn new skills, but I also had to "learn the language" and what that meant. Understanding that "I am visually impaired or blind now" is a hard pill to swallow. Then trying to communicate that concept to others can be overwhelming. Even though I went to college, got a degree in journalism, and thought I was fairly good at written and oral communication, I had to work very hard to get my point across after I went blind. People misunderstood what I wanted and vice versa. I had to learn patience and understanding. Sometimes I would have to rephrase the question or statement and try again to explain. People thought they knew better what I needed and wouldn’t even ask me. Then I would have to find a gracious way to correct them. Also, in conversation people would be naturally curious, asking questions that were not always appropriate about my visual impairment. I would then have to find a polite way to tell them that it was none of their business.

What Do You Call Yourself?

Another point that impacts our pride movement is what we call ourselves. Do you call yourself "blind"? Do you call yourself "visually impaired"? What about "partially sighted" or "legally blind"? Do you use people first language, where you focus on the person and not the disability; or name the disability upfront? Trying to make this decision all plays a role too. I personally use the word "blind" because that is truly what I am. It is clear and straight to the point. But there are times in some social settings where I do use the word "visually impaired" to help make people feel more comfortable and at ease. This way they don’t feel so awkward or uncomfortable being around a person with vision loss. But should I be concerned about that? Maybe or maybe not.

Importance of Having Role Models Coping with Everyday Life

This leads to my last point. We may fail to see or read about positive images of blind and visually impaired people accomplishing great things in society. Thus, we have a negative viewpoint about what people who are blind or visually impaired can do. It is often hard for us to relate to situations and circumstances unless we have had direct exposure to it or unless we know someone personally who has. I remember growing up I didn’t read or hear much about people with disabilities or people who were blind. I did read a book about Helen Keller when I was in middle school, and I did listen to music by Stevie Wonder and Ray Charles but that was about the extent of it. More importantly, that exposure didn’t tell me much about their personal lives and how they really dealt with their disability. So when I went blind, I was not able to really use those people as role models. I was fortunate to have had a blind co-worker when I was a teen working in a federal government summer work program. She was an older woman and used a white cane and assistive devices that I would later use myself. I remember how independent she was and how she was able to work and do her job very effectively so that told me I could do the same. 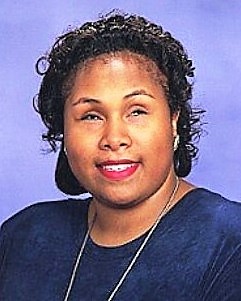 When I look back on my journey, I can’t say that I have felt pride in being blind because of the huge adjustments to vision loss that I experienced. But today, I can say that I am proud to be blind. I have accomplished much in my years and don’t look at it in a negative way. I see how my life has added value to society. I also see how I have been able to help many people through my own personal journey of disability. I can relate and understand people’s pain and problems a lot more than before. I am not ashamed to be blind because it is just a part of who I am not all of who I am.

So, what do you think? Is there pride in being blind or visually impaired? Please comment below.

Resources for Living with a Visual Impairment

Reprinted by permission from CVIGA.org