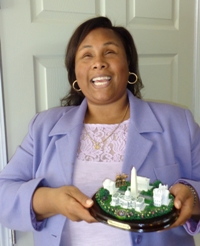 As an African-American who grew up with parents who lived under segregation, I have known and understood the importance and power of the right to vote. My dad, who was born in Birmingham, Alabama, would constantly tell me that when I grew up to always have handy a copy of my government ID, library card, and voter’s registration card. He always stressed the importance of having those three things in my purse. Today, I am a 45-year-old living in Atlanta with vision loss, and guess what I have in my purse? You got it; my government ID, my library card, and my voter’s registration card. All with braille labels on them of course! The right and ability to vote is something that is very dear to me, and I don’t take lightly. As my parents would always remind me "People fought and died so that you could have the rights that you have."

When I first went blind some 20 years ago, I struggled with the fact that a sighted person had to read my ballot and make my selections. At the time I was not proficient in braille and not fully aware of the various options for blind and visually impaired voters. As the years passed, I began to hear about the accessible voting machines. One day I read an announcement that a demonstration of the machine was going to be held at my local vision rehabilitation center. I was very excited and took Paratransit there to educate myself and learn how to use the machine. I found it to be very simple and easy to use. I placed the headset on and listened to my candidate options. There was a keypad, very similar to a telephone keypad, with a bump dot on the number five key. That keypad is what you use to make your choices for the various candidates. When you get to the amendments to a bill or pieces of legislation, they are read out to you. Then you just press a number that corresponds to either "yes" or "no". Once you are finished, you can review your ballot and then press the submit button. Once I experienced this demo, I was hooked! So for the next several elections I went to my precinct to use the accessible machine and that is when the challenges began.

My Voting Experiences in My Precinct

I honestly thought it would be easy to vote as a blind person after experiencing that demo, but I was sadly mistaken. I remember when I went to my local precinct and the accessible machine was still in the box. As I mentioned in the blog post I wrote at that time, I used my advocacy skills to gently but firmly inform the poll workers that they needed to remove the machine out of the box and set it up and that I would be patient and wait. I refused to vote any other way. This was done and I voted. Another time the machine had technical difficulties and a poll worker had to start and restart the machine. Again, I was patient and cast my ballot. But in the last presidential election, it took three tries before my ballot was cast. I was incredibly frustrated and so was the poll worker who was assisting me. At this point I had to figure out another plan of action.

Taking the Next Step: Advocacy

The experience with the accessible voting machine at my local precinct was not going well, but I refused to stop using the machine. During these incidents I had filed complaints with the Secretary of State’s Office using my advocacy skills. During one of my complaints a representative actually came to my home for a follow up to get a verbal statement. She was very concerned about what I shared in my email complaint. She wanted me to know that the State of Georgia was trying hard to improve upon their accessibility efforts for blind and visually impaired voters. I was very glad to hear that. But since my local precinct was not always reliable, I made an executive decision. This year’s presidential election I was going to vote at the election headquarters, and I was going to vote early! I felt this particular election was way too important to mess around with faulty equipment. I wanted to be sure that my vote was counted along with everyone else’s. 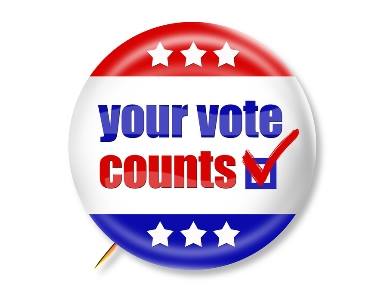 My Voting Experience During this Election

So, early in the morning on October 29th, I took Paratransit and went to vote early. I went to the Voter Registration and Elections Office. When I came in the poll area, workers assisted me in filling out my paperwork and checking my government ID. No voter’s registration card was needed (my dad would be surprised if he was there). Then they guided me over to a booth and gave me a chair in which to sit. A poll worker began to explain how the machine worked, but I quickly told her that I was already familiar and thanks anyway. This location was not very crowded and I finished pretty quickly. Now, the best thing of all! I had no problems with the accessible voting machine! I successfully cast my ballot and voted for my candidates.

Tell Us Your Experiences

It’s time to vote! As a person with vision loss, are you familiar with your rights and ability to vote independently with the accessible voting machine? Have you used the machine before? If so, what was the experience like? Have you ever had to file a complaint for the machine not working properly? If so, what was the result? Share your voting stories in the comments below as we get ready for this next presidential election.

Read up on Voting

Find out about voting laws. Read the latest Research Navigator on Counting and Being Counted