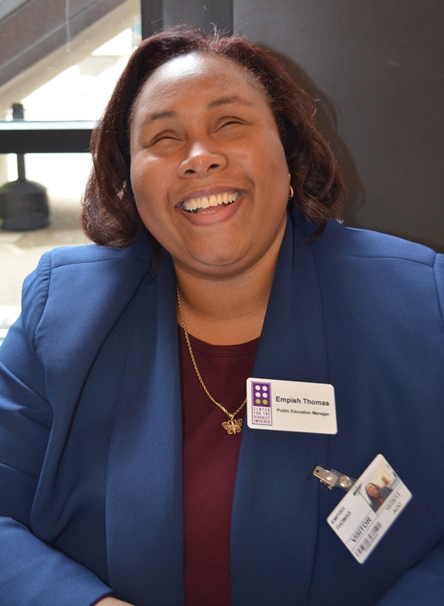 The Beginning of Severe Sleeping Problems

In 2006 I began to have severe sleeping problems. For years I had always been a good sleeper. Going to bed at the same time each night and rising around the same time in the morning. Even taking a long nap during the day did not negatively impact my ability to get a good night sleep. But something shifted and I began a long and stressful battle with sleeping. At first I thought it was just stress from normal life challenges. My schedule at work had changed. I was doing sub contract writing work on the side. My roommate had just moved out. A romantic relationship had just ended. So I naturally thought that just the everyday things of life were causing me to not sleep well. But my lack of sleep persisted to the point I was not sleeping at all. Many nights I had difficulty falling asleep and would just lay in the bed for a very long time wide awake and feeling stressed. Other nights I would fall asleep with no problem but could not stay a sleep. I would wake up from the slightest noise or to go to the bathroom and then I could never get back to sleep. And lastly, other nights I just couldn’t sleep at all and would literally stay up for 24 hours.

At first I tried over-the-counter sleep aids. I tried nature relaxation CDs. I tried drinking warm teas and taking warm baths. But none of these remedies worked. I realized that something was majorly wrong with me and that I needed to seek medical attention. I first went to see my primary care physician and he immediately thought I had sleep apnea. He gave me a referral to a sleep doctor for follow up. When I saw the sleep doctor she agreed with my PCP and scheduled me for a sleep test. This meant that I had to spend the night in a lab while they monitored my sleeping. I had to come to the lab in the late evening, change into my pajamas and wear monitoring devices all over my body. They not only monitored my sleeping, but my breathing, heart rate, any body movements and probably other things I can’t remember! When the results came back it showed that I had Sleep Apnea. I had episodes where I had woken up several times from lack of breathing.

My sleep doctor gave me a prescription for a CPAP machine where I had to strap this nozzle device under my nose where air would enter into my nasal passage from the machine. But this never worked and something in the back of my mind told me that this was not the cause of my severe sleeping problem. I shared this concerned with my sleep doctor but since the lab results showed Sleep Apnea there was not much she could say. I began to share my worries with friends, family and co-workers; expressing that the CPAP machine was not helping me. Some nights I felt worse after using the machine than before.

At one point I came across some information on sleeping disorders and people with disabilities. I had never taken my blindness into consideration with my sleeping problems. A friend told me that since people who are totally blind can’t see sunlight, their bodies could not tell it was time for sleep. A local vision rehab center was doing a workshop for people with total blindness who were experiencing sleeping problems. I went and learned that my poor sleeping might be due to the fact I was totally blind and not to Sleep Apnea as originally thought. I began to do more research and Talk more with people about this. I even went back to my sleep doctor to discuss the possibility. She said that was something new that she was not aware of and would look into it. But in the meantime I continued unsuccessfully to use the CPAP machine.

Participating in a Clinical Trial

After multiple fits and starts, I gave up on the CPAP machine and just tried to do the best I could. I had become a bit depressed but also resolved that this just might be my life and to get over it. But a friend told me about a governmental clinical trial. They were looking for people who were totally blind, had no light perception and were having problems with sleeping. I said, “Well that sounds like me!” I contacted the researcher and signed up. For two years I provided saliva samples about once a month to the Oregon State University Sleep Lab. They analyzed my samples and discovered that my circadian sleep rhythm was all over the medical chart. I would be stable for a time and then I would move over to the left. Then I would be stable again for a time and then move all the way over to the right. Basically I was zigging and zagging all over the place. They found this interesting and asked me to sample more often and stay with the study a little longer. I agreed. At this point in my life I was feeling tired, depressed and desperate for a clear diagnosis of what was wrong with me. So I was willing to persevere to get to a solution. I also wore a sleep watch and provided any changes in my health, eating or exercise routines. I told my PCP about the clinical trial and that I had stopped using the CPAP machine. He ordered another sleep test and it was discovered that I really did not have Sleep Apnea after all. The lab results showed that I did not have enough breathing episodes to warrant the condition. 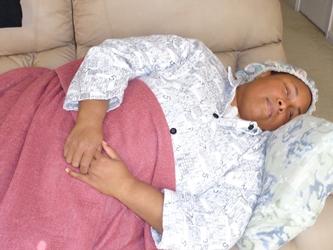 At the end of the sampling, the researchers told me I had the non-24 hour sleep wake disorder. Non-24 is a serious, chronic circadian rhythm disorder that affects a large majority of people who are totally blind. They had discovered that my internal body clock had gotten off track and felt that it was due to the fact I was totally blind. At some point in those first years of poor sleeping, I must have lost all light perception which would explain why for years I had good quality sleep and then in 2006 things changed. They told me there was no cure but I could take very small amounts of melatonin an hour or two before going to bed. The important thing was to stay on a good sleep routine. I was saddened by the fact there was no cure but relieved that I had a diagnosis and some medication I could take to help me. I decided to make peace with my situation and just continue to do the best I could. I decided to not get stressed about it anymore. To not be depressed about it anymore. To sleep to the best of my ability.

Then in 2010, I heard about the research that Vanda Pharmaceuticals was doing. They had contacted my employer, the Center for the Visually Impaired, looking for totally blind people that had problems sleeping. Sounds like me again! A co-worker and I had a meeting with a marketing representative and I shared my personal story. He was very familiar with the Oregon State University Sleep Lab. He said they were working on developing a medication that would help remedy this problem. Well, they did just that. This past January, Vanda Pharmaceuticals was given FDA approval for the drug call Hetlioz. I attended their presentation this past February at the AFB Leadership Conference where they talked about the medication and the efforts they are making to market the drug. I am excited about this new development and will be talking to my PCP soon about getting a prescription for it. It will be on the market this coming spring.

Let’s talk about It