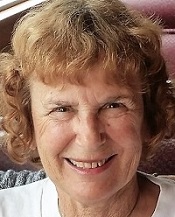 People have asked why I have written three series of articles about my experiences with macular hole and pseudo macular hole.

The simple explanation is that I am attempting to reciprocate—to thank the many people who helped me—by helping others. My impressive visual recovery would not have been possible without skilled surgeons; my research, organization, preparation, techniques, and determination; my devoted husband, family, and friends; equipment; and the mentoring, encouragement, and motivation by other people (including total strangers) who had had macular holes. It is not possible to thank the people sufficiently who helped me. Thus,I am trying to express my gratitude to them by sharing information with others.

My hope is that people will act promptly if their vision deteriorates, ensure that they are monitored carefully and frequently by their retinal specialist, understand their condition and treatment options, be assertive about the need for specialized equipment and services, do everything in their power to maximize visual recovery, and have realistic expectations about surgery and visual recovery. This is the formula that worked for me and continues to work as I have encountered additional problems. However, we all have different ways of handling challenging situations. My approach is to ask questions, research, and get as much information as possible and then base decisions and actions based on knowledge. In my opinion, strict compliance to a difficult regimen can only be achieved if one understands the need and is goal-oriented, tenacious, and determined. Some people would rather have minimal contact at times like this. While most people strive to be as independent as possible, I believe that as a society, we are stronger when we are interdependent.

I retired in 2004, after 42 years as an educator (teacher, administrator, professor) in the area of education of the blind. In 2009, while driving, suddenly the lane markers developed major "S" curves. This was followed by other visual distortions. My neighborhood looked like a war zone with buildings at crazy angles! Someone’s head would suddenly appear to stretch out about two feet in length and then shrink to about two inches! When I was diagnosed with a macular hole in my left eye (no relationship whatsoever with macular degeneration), I was surprised. Despite all my experience and knowledge, I had never heard of this unusual condition. Further, there was no patient information whatsoever, and even today, eight years later, in the correspondence I have received from individuals experiencing macular hole, I have not heard of anyone who has received a brochure or any substantive information from an ophthalmologist. Further, there is still very little information about equipment, and few insurance companies are willing to cover the rental cost.

My Proactive Approach to My Diagnosis

I did a great deal of research and sent an email to about 200 people (family, friends, colleagues, professionals), many of whom forwarded my email. As a result, I was put into contact with a variety of people who had had macular holes (from Maine to Hawaii) and connected with all of them. There appeared to be a direct correlation between their ultimate visual recovery and (1) the length of time it took to get medical attention, and (2) their strict compliance with the face-down regimen. I found that being face-down was miserably uncomfortable, but I was determined to do everything in my control to maximize the desired outcome.

My surgeon verbally explained my condition and told me I would have to be face-down for six weeks but said nothing about equipment. Immediately after surgery, while still in the operating room, I was given a square piece of foam with cutouts for the eyes, nose, and mouth and was told to stay face-down for six weeks. This would have been impossible if I had not rented equipment and had the amazing support described above.

Why I Am Telling My Story

After I recovered, I was asked to write an article for the Braille Institute in an attempt to help others who might develop a macular hole. Soon after, I was encouraged to share my article on VisionAware in order to reach more people. "Surviving Recovery from Macular Hole Surgery" became a series with five parts, including factors contributing to a successful outcome, how to maintain face-down positioning after macular hole surgery, what to expect after surgery, and suggested resources.

The publication of this series in 2010 started a major volunteer effort on my part as I am contacted every week by people all over the world. Although I am not an ophthalmologist or a medical doctor, I have read and researched a great deal and have had extensive discussions with retinal specialists. When people contact me, I attempt to advise and guide them to the extent that I can while stressing the fact that they need to follow their doctors’ advice.

In 2012, I developed a related condition called a macular pseudohole in the right eye and had a similar surgery but with a shorter face-down period. As I mentioned previously, there is very little patient information for macular holes, but for pseudoholes, the information is practically non-existent. I followed my pattern of researching the topic thoroughly.

In 2016, the staff of VisionAware asked me to update my macular hole article as there have been many changes in medical theory, practice, and treatment. They also asked me to write an article on macular pseudoholes. As I started working, it occurred to me that the readership was probably very small since these are highly unusual conditions. I inquired as to the number of readers of the first series and was absolutely shocked to find there had been over 136,000 pageviews in the past 12 months! (This does not mean 136,000 readers; many people open a page several times.) This motivated me as it was obvious that very little information is still available to patients. As a result, I did a great deal of research in ophthalmology, reviewed all my emails on this topic from the past seven years, and consulted with a retinal specialist.

The macular hole update series addresses advances in treating macular holes, recovery suggestions, and important issues facing patients during recovery. It is an eight-part series that was reviewed and edited by Dr. Mrinali Patel Gupta with the following titles:

We also added resources, acknowledgements, and my contact information.

I reiterate—to anyone with a macular hole or a macular pseudohole, I encourage you to learn as much as you can, ask questions, be assertive, monitor your condition, follow your doctor’s advice, and do everything you can to maximize results. And, remember, a sense of humor coupled with laughter is very helpful! If I can be of any assistance, feel free to contact me.