Hypocorisma: It’s the bane of older adulthood. What is hypocorisma, you ask? Here is a helpful (and perceptive) definition from Maeve Maddox at the excellent Daily Writing Tips blog: 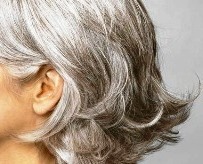 Hypocorisma is a type of euphemism derived from a Greek word meaning “pet name.” The English word hypocorism may be defined as “the diminutive or otherwise altered version of a given name.”

The use of diminutives and pet names is usually an indication of affection or intimacy, but sometimes hypocorisma is used to diminish, infantilize, or insult. For example, the same words used as endearments by family members and close friends are seen as insulting when they come from strangers.

A friendly “Hon” to frequent customers in a local restaurant is one thing, but in the workplace in general, employees, customers, and healthcare workers would be wise to avoid terms of endearment, especially when dealing with a segment of the population that is bombarded with such empty endearments.

People in their seventies and above are so often addressed in nursery language that researchers have a word for this type of hypocorisma: elderspeak.

The University of Kansas: Elderspeak and Resistance to Care

In addition to being annoying, infantilizing, disrespectful, and demeaning, elderspeak can have additional – and far more serious – deleterious effects as well. Doctors Ruth Herman and Kristine L. Williams from the University of Kansas School of Nursing explored the effects of elderspeak in the American Journal of Alzheimer’s Disease & Other Dementias.

Their study, entitled Elderspeak’s Influence on Resistiveness to Care: Focus on Behavioral Events, concluded that:

We found that older adults with dementia most frequently reacted to elderspeak communication by negative vocalizations (screaming or yelling, negative verbalizations, crying).

Because negative vocalizations disrupt nursing care, reduction in elderspeak use by staff may reduce these behaviors, thereby increasing the quality of care to these residents.

As a vision rehabilitation therapist and low vision therapist who specializes in the rehabilitation needs of older adults with vision loss, I am particularly attuned to the negative effects of elderspeak/hypocorisma. All too often, when working with older adults in community-based settings and in long-term care, I have heard the following statements – likely intended as endearments, but infantilizing nonetheless:

Soul-crushing, isn’t it? I cringe when I experience such statements: seemingly well-intentioned, but ultimately deadening. And yes, I have been called “Hon” many times when delivering vision rehabilitation services in these settings. (In case you’re wondering, I am the polar opposite of sweet, demure, and accommodating.)

Thus, I found it heartening to read a serious examination of the “elderspeak problem” in The New York Times. Throughout the article, entitled In ‘Sweetie’ and ‘Dear,’ a Hurt for the Elderly, author John Leland systematically debunks this infantilizing practice and clearly describes its negative effects on both quality of life and life expectancy:

Professionals call it elderspeak, the sweetly belittling form of address that has always rankled older people: the doctor who talks to their child rather than to them about their health; the store clerk who assumes that an older person does not know how to work a computer, or needs to be addressed slowly or in a loud voice. Then there are those who address any elderly person as “dear.”

Now studies are finding that the insults can have health consequences, especially if people mutely accept the attitudes behind them, said Becca Levy, an associate professor of epidemiology and psychology at Yale University, who studies the health effects of such messages on elderly people.

In a long-term survey of 660 people over age 50 in a small Ohio town, published in 2002, Dr. Levy and her fellow researchers found that those who had positive perceptions of aging lived an average of 7.5 years longer, a bigger increase than that associated with exercising or not smoking. The findings held up even when the researchers controlled for differences in the participants’ health conditions.

Despite such research, the worst offenders are often health care workers, said Kristine Williams, a nurse gerontologist and associate professor at the University of Kansas School of Nursing.

To study the effects of elderspeak on people with mild to moderate dementia, Dr. Williams and a team of researchers videotaped interactions in a nursing home between 20 residents and staff members. They found that when nurses used phrases like “good girl” or “How are we feeling?” patients were more aggressive and less cooperative or receptive to care. If addressed as infants, some showed their irritation by grimacing, screaming or refusing to do what staff members asked of them.

Dr. Williams said health care workers often thought that using words like “dear” or “sweetie” conveyed that they cared and made them easier to understand. “But they don’t realize the implications,” she said, “that it’s also giving messages to older adults that they’re incompetent.” She added that patients who reacted aggressively against elderspeak might receive less care.

Closely aligned with the issues surrounding elderspeak is “andragogy,” also called adult learning theory: the art and science of teaching adults. Dr. Malcolm S. Knowles (1913-1997), widely considered to be the “Father of Andragogy” in the United States, wrote extensively about how adults learn and the differences between adult and child learning.

One of his sharpest observations regarding the teaching of adults and older adults is also one that took me many years to truly comprehend: “Most teachers of adults have only known how to teach adults as if they were children. Most of what is known about teaching has been derived from experience with teaching children under conditions of compulsory attendance.”

So What’s the Takeaway?

First, examine your own speech and attitudes for any tendency to use elderspeak. As John Leland says, “Words matter. So does context. Terms of endearment are probably best reserved for the people we hold dear.”

Next, if you teach adults and older adults in any capacity, examine your attitudes toward your adult learners. Ask yourself these questions:

What have I learned after all these years? Essentially, that my role is to “get out of the way.” People know what they need to learn. I’m just the facilitator. In truth, I’ve gone from thinking I knew everything about vision rehabilitation to finally realizing I don’t know very much at all. Learning, for me, is a forever process.