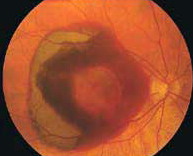 A recently published study of United States identical male twins indicates that eating a diet high in vitamin D, as well as the nutrients betaine and methionine, might help reduce the risk of macular degeneration. Betaine is found in fish, grains, and spinach, while methionine is found in poultry, fish, and dairy foods.

The study, entitled Smoking, Dietary Betaine, Methionine, and Vitamin D in Monozygotic Twins with Discordant Macular Degeneration was published on July 1, 2011 in the journal Ophthalmology and was headed by Johanna M. Seddon, MD, ScM, Director of the Epidemiology and Genetics Service, Tufts Medical Center, and Professor of Ophthalmology, Tufts University School of Medicine.

The 840 male twins (420 twin pairs) were recruited from the National Academy of Sciences/National Research Council World War II Veteran Twin Registry and were born between 1917 and 1927. Each twin completed a pre-study questionnaire about personal dietary and health habits/behaviors.

By examining identical twins with the same genes but whose macular degeneration was at different stages, the Tufts researchers were able to identify environmental and behavioral factors that may contribute to the severity and progression of the disease.

What does Dr. Seddon advise?

“Eat a healthy diet with lots of fruits and vegetables. That can make a difference – even if you have a genetic susceptibility to macular degeneration. And of course, don’t smoke.”

Dr. Seddon also notes that Vitamin D may reduce the risk of macular degeneration because of its anti-inflammatory properties; in addition, it may block the formation of new blood vessels that can grow beneath the macula, leaking blood and causing vision loss in the more severe stages of the disease. The macula is the part of the retina that provides the clearest central vision.

And finally, the study results emphasize the importance of modifiable behaviors, especially avoiding smoking and eating a healthy diet, in preventing or delaying the progression of macular degeneration.