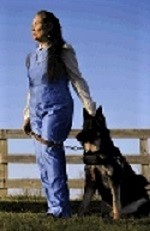 Guest blogger DeAnna Quietwater Noriega (at left) is an Independent Living Specialist and facilitator of the Vision Impairment and Blindness Exploration and Support (VIBES) Group at Services for Independent Living (SIL) in Columbia, Missouri. She is half Apache, a quarter Swan Creek Chippewa, and has been blind since age eight. DeAnna is a poet, writer, legislative public policy advocate and Peace Corps veteran.

I grew up in a culture that taught children they should be seen and not heard. Add disability and you have a good formula for a passive person. What pushed me into speaking out was that I had a strong belief in right and wrong.

When my timidity kept me from standing up for myself, it didn’t keep me from fighting to protect others. Coming of age during the Vietnam era, I questioned sending young men to fight wars when they couldn’t vote for the officials who chose to fight.

In my senior year of high school, I stuffed envelopes at the Democratic headquarters. Although I was too young to vote for him, I wanted to help elect Bobby Kennedy. Defending my service dog when we were told we couldn’t use a public service taught me how to defend my rights under the law.

Becoming a self-advocate begins with recognizing that there is a problem. You may not know what should be done, but if you don’t start looking for answers, then you might not like the solutions that others choose. It may feel as if you are trying to shovel water when changes don’t happen quickly.

Democracy isn’t simple or easy. We can use our power at the polls to elect people we believe will represent our values. We can let them know when the laws they pass adversely affect us. We can make a phone call, send an email, or ask a question at a public forum. We have the right because we live in a country founded on citizens’ rights.

If we opt out of participating, then others who may hold opinions different from ours will decide outcomes. Living in a democracy means taking our responsibilities seriously to be an active part of the process.

Getting Out the Vote: Another Type of Self-Advocacy

Large companies and wealthy individuals have stepped in with deep pockets to convince politicians that they are the voices that count. After all, they are the ones who can fill the coffers to buy television time and meet campaign expenses.

With the advent of social networking tools, however, people who felt disenfranchised began to join together their small donations and to believe they weren’t alone in their frustrations.

People with Disabilities: What Kind of Voting Bloc are We?

People with disabilities make up about twenty percent of the United States population. They are a larger voting block than Hispanics and nearly as large a percentage as the African American voting bloc. They supported Bush in his election and Obama in his.

Thus they are not bound to a party, but vote for the candidate they think understands their views and interests. That is the reason we must unite our individual little votes to elect those who will fight for our good and vote out of office those who have shown that they don’t hear our voices.

Both at the state and federal level, laws and budgets are passed that affect us. That is why we must register to vote and pay attention to our representatives in government; listening not only to what they say, but how they vote on the issues that have an impact on our lives.

We have to make our voices heard at the polls. We can and must use votes to make democracy work for us. Civic engagement is our right and also our duty if we want to ensure that the programs we depend on remain funded.

Sign up for your representatives’ newsletters and follow them on Twitter. Other helpful sources of information are FactCheck.org, a project of the Annenberg Public Policy Center, and the Megavote Newslist from Congress.org, a nonpartisan news and information website dedicated to encouraging civic participation.

We have the power to make a difference if we choose to use it. Use it at the polls on November 6, 2012.