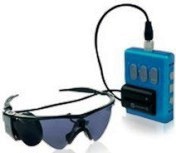 On August 15, 2013, Second Sight Medical Products, Inc. announced that its Argus® II Retinal Prosthesis System has been approved by the Centers for Medicare and Medicaid Services (CMS) for both a new technology add-on payment (inpatient setting of care) and a transitional pass through payment (outpatient setting of care) beginning October 1, 2013. You can read the complete announcement at the Second Sight website.

In July, Second Sight Medical Products, Inc., of Sylmar, California, announced that its Argus® II Retinal Prosthesis System, also called the “artificial retina” or “bionic eye,” would be offered in 12 implantation centers across the United States to treat patients with severe to profound retinitis pigmentosa (RP).

The Argus II has been approved to treat adults with severe to profound RP, a rare, inherited degenerative disease that damages light-sensitive cells in the retina, resulting in decreased vision at night or in low light; loss of side (peripheral) vision; and loss of central vision as the disease progresses. At present, there is no cure for RP.

The retina is the light-sensitive tissue that lines the inside surface of the eye. Cells in the retinal tissue convert incoming light into electrical impulses. These electrical impulses are carried by the optic nerve to the brain, which finally interprets them as visual images. The Argus II is not a cure for RP; instead, it is intended to replace the function of the light-sensing cells that have been damaged and/or degraded by the disease.

The Argus II device consists of the following components:

The video camera images are transformed into electronic data by the VPU that sends signals to a wireless receiver implanted in the eye (the retinal prosthesis electrodes). The electrodes allow the electronic signals to bypass the damaged retina and transmit directly to the brain, where they are interpreted as visual images.

The cost of the Argus II is approximately $150,000; additional fees include the implantation surgery and training to use the device. The Second Site website provides an illustrated system overview, including a video animation.

Who Is Eligible for the Argus II?

The Argus II is implanted in a single eye, typically the worse-seeing eye. It is indicated for use in persons with severe to profound RP who meet the following criteria:

The FDA approved the Argus II as a humanitarian use device, an approval pathway limited to those devices that treat or diagnose fewer than 4,000 people in the United States each year.

To obtain approval under this designation, a company must demonstrate a “reasonable assurance that the device is safe and that its probable benefit outweighs the risk of illness or injury.” The company also must show that there is no comparable device available to treat or diagnose the disease or condition. In the United States, additional clinical trials will need to be completed before the company can seek broader FDA approval.

The following everyday activities were evaluated during the clinical trials:

Where to Find More Information