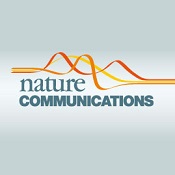 A research group from the Washington University School of Medicine has identified a faulty immune cell pathway that leads to the formation of atypical blood vessels associated with age-related macular degeneration (AMD). Although their research thus far has been conducted only with laboratory mice, this concept shows great promise for identifying potential treatments for wet AMD and increases our understanding of the ways that faulty immune cells can contribute to vision loss.

Nature Publishing Group (NPG) is a publisher of scientific and medical information in print and online. NPG publishes a range of journals across the life, physical, chemical, and applied sciences and clinical medicine. Nature Communications is an open access journal that publishes high-quality research from all areas of the natural sciences.

Some Terminology to Begin

Here is a brief explanation of the key scientific terms used by the researchers:

About the Immune Cell Research

Excerpted from New clues found to vision loss in macular degeneration? at EurekAlert!:

[Study author Rajendra S. Apte] has spent years studying the immune system in the eye to distinguish changes related to aging from those related to disease. In earlier work, he found that a cell-signaling molecule, called interleukin-10 (IL10), plays a role in the formation of blood vessels involved in the “wet” form of macular degeneration.

Before vision loss occurs, IL10 levels increase in the eye, as do the number of specific immune cells, called M2 macrophages. These macrophages are known to contribute to the development of damaging blood vessel growth beneath the retina.

Until now, though, how IL10 actually contributed to the proliferation of macrophages and damaging blood vessels wasn’t well understood. So Apte and his colleagues engineered mice in which various cell-signaling pathways were disabled. Those experiments led them to discover that a specific signaling pathway involving a protein called STAT3 was activating and altering immune cells in the eye, and those cells then spurred the formation of harmful blood vessels.

Further, they examined eye tissue from patients treated in the 1980s and 1990s, when surgery to remove abnormal blood vessels from underneath the retina was routinely performed on patients with the wet form of macular degeneration. There, too, the same STAT3 protein that was abundant and active in M2 macrophages in mice also was found in high levels in the human tissue.

The findings suggest that the causes of damaging blood vessel growth in people are the same as what the researchers had observed in mouse models, Apte said. In both mice and in patients, abnormal blood vessel growth was linked to macrophages with high levels of the active form of STAT3.

That a cause of significant vision loss appears to be the same in mice and people is good news, Apte explained, because some compounds can disrupt the actions of STAT3 in mice and keep the pathway from spurring blood vessel growth. Those same compounds may alter the course of macular degeneration in people with the condition.

“Now that we have a better idea of how these macrophages are activated at the molecular level, we may be able to use those drugs to halt or reverse the disease process,” Apte said.

Damage to the macula impairs the central (or “detail”) vision that helps with essential everyday activities such as reading, preparing meals, watching television, playing card and board games, and needlework and sewing.

AMD is the leading cause of vision loss for people aged 60 and older in the United States. According to the American Academy of Ophthalmology, 10-15 million individuals have AMD; approximately 10% of people who are affected have the “wet” type of AMD. For more information about vision loss from AMD, see How Does AMD Affect Vision? by Lylas G. Mogk, M.D.

The dry (also called “atrophic”) type of AMD affects approximately 80-90% of individuals with AMD. Its cause is unknown, it tends to progress more slowly than the wet type, and there is not – as of yet – an approved treatment or cure. “Atrophy” refers to the degeneration of cells in a portion of the body; in this case, the cell degeneration occurs in the retina.

In dry age-related macular degeneration, small white or yellowish deposits, called drusen, form on the retina, in the macula, causing it to deteriorate or degenerate over time. These small yellow deposits beneath the retina are a buildup of waste materials, composed of cholesterol, protein, and fats. Typically, when drusen first form, they do not cause vision loss. However, they are a risk factor for progressing to vision loss.

More about the Research from Nature Communications

Excerpted from the article Introduction:

The innate immune system plays an integral role in regulating angiogenesis during development and in age-associated diseases such as cancers, atherosclerosis and blinding eye diseases. In the eye, pathological neovascularization during disease progression is observed in patients with age-related macular degeneration (AMD).

Of significant interest is the wet (exudative or neovascular) form of AMD that is associated with the majority of the vision loss. It is characterized by the development of abnormal, leaky blood vessels underneath the retina, a process called choroidal neovascularization (CNV). Over the last two decades, numerous studies have demonstrated the essential role of innate immunity, especially macrophages, in regulating CNV in AMD.

The goal of this study was to identify the molecular signaling mechanisms that govern senescent [i.e., the process of becoming old] macrophage polarization and inflammation causing neovascular proliferation and blindness in age-associated eye diseases. Macrophages are incredibly plastic cells that can adapt their activity based on the surrounding micro-environment, confounding the precise understanding of their role in regulating angiogenesis in disease processes.

In this study, we investigated the molecular mechanism behind age-dependent modulation of macrophage polarization and angiogenic function using mice of various age and genetic backgrounds. Here we have shown that IL10 and … STAT3 signaling activity are key regulators of the senescent macrophage phenotype [i.e., the behavior of aging immune cells] in the eye. We further demonstrate that these age-related modulations in macrophage polarization and function can be rescued by targeting STAT3 activity.

Taken together, our study demonstrates the therapeutic potential of targeting STAT3 activity in senescent macrophages as an attractive avenue to restore anti-angiogenic properties of these cells to prevent vision loss. These findings may also be relevant to other disease such as atherosclerosis and cancers where alternatively activated macrophages promote disease pathophysiology.