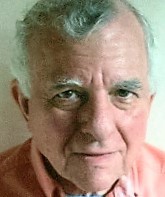 Irv Arons is the creator of – and driving force behind – Irv Arons’ Journal, an online compendium of the latest information on ophthalmics, medical lasers, clinical trials, developments in stem cell therapy and gene therapy, and emerging drug therapies and treatments for retinal diseases, including age-related macular degeneration.

Until his retirement in 2005, Irv was a consultant to the ophthalmic industry for over 30 years, and to the medical laser industry for over 20 years. You can learn more about Irv’s background and career at My Journey into Ophthalmology on the VisionAware blog.

Irv is also the author of Gene Editing: The Next Frontier in Ophthalmology, available as an open-source article, published in the January issue of The Ophthalmologist magazine. The Ophthalmologist integrates topical news coverage with practical articles that are meaningful to a practicing ophthalmologist’s daily working life, including the major concepts, issues, and advances in the field.

What is Gene Editing?

Put simply, gene editing is a type of genetic engineering in which DNA (a molecule that contains each person’s unique genetic code) is inserted, deleted, or replaced in a defective gene, using tiny “molecular scissors” to cut and fix the broken gene in a cell. In addition to Irv’s article, a new study using gene editing applied to retinitis pigmentosa has been published online as an open-source article in the January 27, 2016 edition of Nature: Scientific Reports.

In genetic science, CRISPR (pronounced “crisper”) genes are known to be essential for adaptive immunity in certain bacteria and microbes, and enable the organism to respond to, and eliminate, invading genetic material.

This is the first time that researchers have fixed or replaced a defective gene associated with a sensory disease in stem cells that were derived from a patient’s own tissue, and may be an initial step toward using gene editing for the personalized treatment of a variety of health conditions.

An Interview with Author Irv Arons

Maureen Duffy: Hello Mr. Arons. Thank you very much for taking the time to speak with us about gene editing. To begin, can you tell our readers what gene editing is and how it works?

Irv Arons: First, thank you Maureen, for the invitation to address your readers. I think you’ve done a good job describing it in your introduction above. In gene editing, the newly discovered CRISPR/Cas9 approach repurposes the naturally-occurring defense system that bacteria use to find and disable invading viruses.

In gene editing, CRISPR locates the target – which is the mutated gene – and Cas9 (or “CRISPR-associated gene,” also called “molecular scissors”) snips out the mutation. Then the two DNA ends recombine, minus the mutated (disease-causing) gene.

MD: How is gene editing different from gene therapy? Gene therapy is discussed quite frequently in relation to eye disease, but gene editing is a much newer development, correct?

Irv Arons: Yes, gene editing is only about three years old and differs from gene therapy because it locates and removes or replaces “defective” genes, while gene therapy introduces a “new copy” of a gene, without removing or replacing the existing DNA.

MD: How did you become interested in following developments in gene therapy – and specifically gene therapy for eye diseases?

Irv Arons: When I first started writing my blog in December 2005, its original focus was to put some of my 300+ articles about the eye and ophthalmic laser industries online and available to researchers and historians. I had been involved in consulting and writing about the beginnings of several innovations in the eye, including soft contact lenses, intraocular lenses (IOLs) and ophthalmic lasers, including refractive (LASIK) lasers.

In early 2006, I had read about and realized that Avastin and Lucentis were going to play a very important role in treating the wet version of age-related macular degeneration (AMD). I researched what was being written about these drugs that were stopping wet AMD cold in its tracks, and began writing blog articles about them. That changed my focus to write about other drugs and devices being introduced for treating AMD and other retinal diseases.

In the fall of 2010, I first became interested in the use of stem cells – and shortly thereafter in gene therapy – for treating several retinal diseases. I began writing about both means of treatment. Initially, for my own sake, to keep track of who was doing what, and as my interest and the science evolved, I began assembling detailed information and tracking tables for stem cells and gene therapy that I now continuously update online and that are publicly available to anyone who is interested in following the research.

I believe my tables are the most comprehensive listings of the companies and institutions involved and what applications they are pursuing, including all of the clinical trials underway or completed, with live links to information about each clinical trial.

MD: I know you also follow other scientific developments, such as optogenetics, which we’ve also written about on VisionAware. What are your thoughts about the future developments in this area of eye research?

Irv Arons: All of my current interests are related to new treatments for eye diseases and, in addition to my articles online in my blog, I also research and write about other new technologies for ophthalmic publications. I’ve written several articles during the past year for The Ophthalmologist (registration required, but all articles are free):

I also wrote What’s New in Gene Therapy for Ophthalmology? An update on clinical trials for Retinal Physician. In that article, I provided an update of the latest clinical information in the use of gene therapy in treating several retinal diseases, including Leber congenital amaurosis; wet (neovascular) age-related macular degeneration; choroideremia; Stargardt macular dystrophy; retinitis pigmentosa; and Usher syndrome.

MD: As a layperson (I’m one, too), what do you regard as the next great development in eye and vision research?

Irv Arons: As the title of my article suggests, I believe that gene editing will be the next great frontier in ophthalmology. I truly believe, as I stated in my article, that the ability to edit and correct – or even replace – defective genes in the eye appears likely to become reality over the next few years. The pace of progress with this technology is rapid; the first clinical trial of gene editing for the treatment of inherited retinal disease could be underway as soon as next year.

If successful, this could lead the way for gene editing for the treatment of genetic diseases, providing ophthalmology with a new way to restore vision to those who have lost it – and historically had little hope of ever recovering it.

MD: We thank Irv Arons for his support of VisionAware and for his deep and lifelong interest in vision research. You can read more of Irv’s writings at his blog, Irv Arons’ Journal.