You Can Cast Your Ballot Independently and Privately 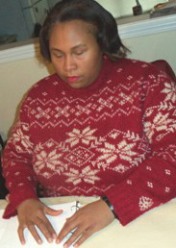 As we go through the May primaries, people with visual impairments have an opportunity to cast their ballots independently and privately. In the past persons who are blind or visually impaired have had to rely on those that are sighted to read registration information and voting ballots. But with the creation of the accessible voting machine a person can do that on their own.

In 2002 the Help America Vote Act (HAVA) was passed to allow all Americans to vote with privacy which included the blind and visually impaired. Prior to HAVA’s passing there was no legal requirement to help blind citizens vote independently. People who were blind or visually impaired might have used magnifiers, signature guides or braille overlays; but that did not create full independence and privacy. The accessible voting machines were designed to remedy that problem. 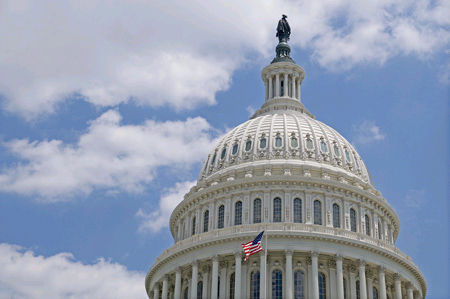 My Personal Experience with Voting

I used this machine a few years ago and was excited to be able to cast my own ballot. I had used the absentee ballot in the past but never quite felt comfortable with someone marking off my candidates. How would I really know the candidate I chose was selected on my ballot? There was no clear way to know.

The machines look very similar to a traditional machine except that it has a headset attached so that the visually impaired person can listen to their options for candidates. The machines were created this way so that poll workers could easily assist both sighted and blind voters. Once the person is standing at the machine a button is pressed and the voice will prompt with instructions. Then it is just a matter of pressing the appropriate number to select the candidate. For voting on bills and other pieces of legislation the entire bill is read out loud and then the options to vote yes or no are given.

Advocating for Your Rights

After voting I went home and contacted the Secretary of State’s office to let them know that the accessible machine was not set up when I went to vote. The next time I voted I had a better experience because the machine was in place and ready to go. Sometimes as people with disabilities we have to be advocates and speak up to get the things that we need. This is part of the reason why I appreciate the work that has been done to make voting independent and private for those of us who are blind or visually impaired.

For additional information on accessible voting machines check out these resources:

Editor’s note: This story was originally published on the SightSeeing Blog at the Center for the Visually Impaired in October 23, 2012.