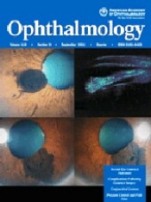 New glaucoma research from the University of Michigan (U-M) indicates that patients are more likely to comply with a glaucoma medication regimen that includes generic – rather than brand-name – drugs, suggesting that the high cost of co-pays for brand-name drugs may be a significant deterrent to compliance.

The U-M research team examined patient medication-compliance patterns before and after latanaprost, a generic prostaglandin analogue (PGA) glaucoma drug [explained below], became available on the market in 2011. They found that patients who continued to use brand-name drugs (such as Xalatan) were 39 percent more likely to experience a decline in compliance, compared to those who switched to the newly-available and less expensive generic latanoprost.

The research, entitled Impact of the Introduction of Generic Latanoprost on Glaucoma Medication Adherence, has been published online ahead of print in the February 10, 2015 edition of Ophthalmology, the official journal of the American Academy of Ophthalmology.

The eye continuously produces a fluid, called the aqueous (or aqueous humor), that must drain from the eye in order to maintain healthy eye pressure. Aqueous humor is a clear, watery fluid that flows continuously into, and out of, the anterior chamber of the eye, which is the fluid-filled space between the iris and the cornea. It is the aqueous that helps to bring nutrients to the various parts of the eye.

Aqueous fluid drains from the anterior chamber through a filtering meshwork of spongy tissue along the outer edge of the iris (the trabecular meshwork), where the iris and cornea meet, and into a series of “tubes,” called Schlemm’s canal, that drain the fluid out of the eye. Problems with the flow of aqueous fluid can lead to elevated pressure within the eye.

In primary open-angle glaucoma, the filtering meshwork may become blocked or may drain too slowly. If the aqueous fluid cannot flow out of the eye, or flow out quickly enough, pressure builds inside the eye and can rise to levels that may damage the optic nerve, resulting in vision loss.

Prostaglandin is a naturally-occurring blood protein that can lower intraocular pressure, in addition to having many other therapeutic effects. Analogue, or “analogous,” means that the drug is comparable, or similar, to prostaglandin, but has a slightly different chemical composition.

Thus, prostaglandin analogues (PGAs) are drugs that are used in the treatment of open-angle glaucoma or ocular hypertension. At specific dosages, they lower intraocular pressure by increasing the outflow of aqueous humor from the eye. Some of the more common PGAs include latanoprost, travoprost, and bimatoprost.

Glaucoma results in peripheral (or side) vision loss initially, and the effect as this field loss progresses is like looking through a tube or into a narrow tunnel. This constricted “tunnel vision” effect makes it difficult to walk without bumping into objects that are off to the side, near the head, or at foot level. 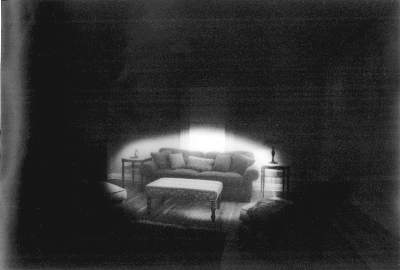 Excerpted from With generic drugs, eye patients are more likely to take medicine as directed, research finds from the University of Michigan Health System News:

When patients with glaucoma switched from a brand name drug to its generic counterpart, they were more likely to take their medication as directed, compared to those who remained on the brand-name drug.

Although failing to take glaucoma medication as prescribed can result in loss of vision or even blindness, many patients struggle with adherence, says [study author] Joshua Stein, M.D., M.S., glaucoma specialist and health services researcher at the U-M Kellogg Eye Center. Among the barriers, eye drops can be difficult to use, medication regimens may be complicated, and patients may not understand the consequences of poor adherence.

The study suggests that the high cost of co-pays for brand name drugs is a deterrent. “Some of my patients take as many as three or four different classes of these medications, and a number end up paying as much as $100 out-of-pocket every month for their medication,” says Stein.

The report drew on a nationwide healthcare claims database to study 8,427 patients with open-angle glaucoma who were 40 years and older and were taking PGAs, one of the most commonly prescribed class of drugs for glaucoma. All patients in the study had health insurance.

Stein observed that a sizeable group of patients—612 individuals or 7.3 percent of the study group—simply discontinued use of treatment altogether at the time the generic drug became available.

“If clinicians suspect that a patient is struggling with medication adherence, it may be a good idea to switch them from a brand name to a generic drug,” advises Stein. He also encourages patients to ask their doctors if a generic alternative is available and appropriate for their circumstances.

Purpose: To assess possible changes in medication adherence to prostaglandin analog (PGA) regimens among patients with open-angle glaucoma (OAG) after the initial introduction of generic PGAs.

Participants: Patients older than 40 years with OAG continuously enrolled in a nationwide managed-care network during 2009–2012 who used PGAs.

Results: A total of 8427 patients met the study eligibility criteria. Compared with persons switching to generic latanoprost, patients who continued taking brand name PGAs were 28% less likely to have improved adherence and 39% more likely to have reduced adherence.

Conclusions: Given that cost can significantly deter adherence, switching patients to generic medications may help improve patients’ drug-regimen adherence. Ophthalmologists should work with insurers and pharmacists to prevent … discontinuation of use as generic forms of other PGA agents become available.